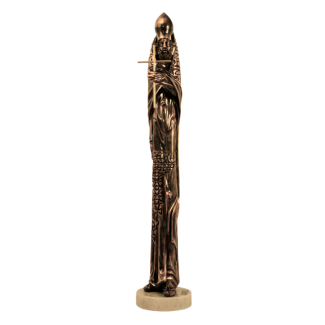 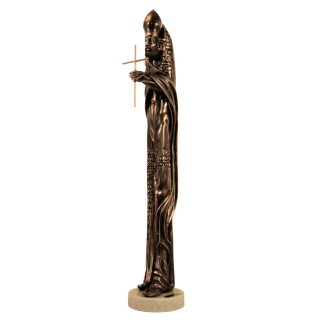 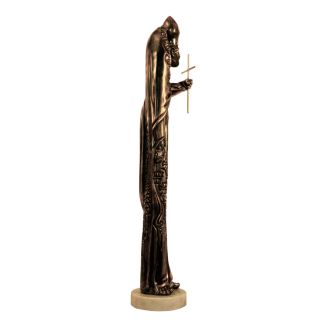 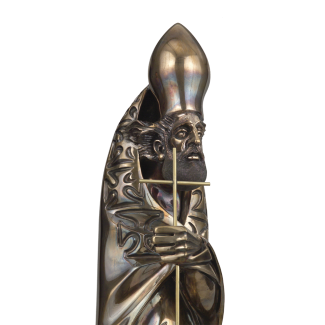 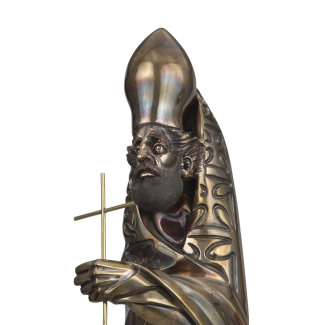 «…"I tell you, Peter, the cock will not crow this day, until you three times deny that you know me. "

Fisherman Simon, named Peter by Jesus Christ, is one of the twelve apostles who are mentioned in the New Testament. In Catholicism he is traditionally considered the first Pope of Rome. Strong and flaming spiritually he took an influential position among Christ’s apostles. He was the first to acknowledge Jesus Christ as Messiah, for which he was granted a nickname Rock, «You are Simon son of John. You will be called Cephas»  (John.1:42)..

Having become Christ’s apostle Peter accompanied him in all his earthly trips. Peter was one of Jesus’ favorite disciples. “And I tell you that you are Peter, and on this rock I will build my church, and the gates of Hades will not overcome it. I will give you the keys of the kingdom of heaven; whatever you bind on earth will be bound in heaven, and whatever you loose on earth will be loosed in heaven.” (Mathew.16:18-19).

At the night after Jesus’ arrest, just as Christ had predicted, Peter showed weakness and unwilling to incur persecution disavowed him thrice. Later he sincerely repented and was forgiven by God. As the tradition goes, every morning at the sound of the rooster’s crow Apostle Peter recalled his cowardice and wept bitterly.

Peter was crucified with his head down out of his own free will, considering himself unworthy of accepting the same execution as Jesus had undergone.

Tiara is a sign of the pope’s dominion. It is used as a head dress presenting three levels of the pope’s power: spiritual power in the world, temporary power in Rome and supremacy over all Christian leaders. In the modern church the pope’s tiara points at the fact that the pope is the head of the Church, an earthly ruler and the Vicar of Christ.

The net that is embossed on his back reminds of his past and speaks of the present, “ Come, follow me,” Jesus said, “and I will send you out to fish for people.”

The keys were given to Peter by Christ: one to the gates of heaven, the other to hell. Apostle Peter was an outstanding preacher. The figure of Peter holding two keys is to remind the viewer of the awaiting end and the salvation.

The cross in his stretched hand is a symbol of power and protection.