The Rider of the Apocalypse 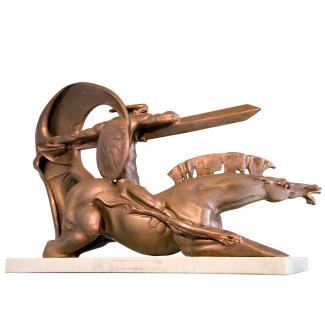 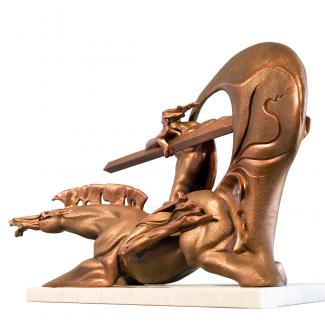 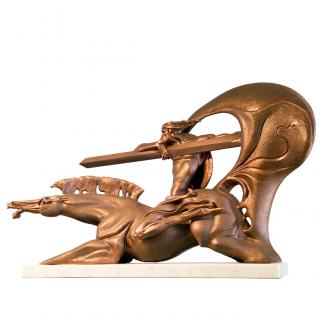 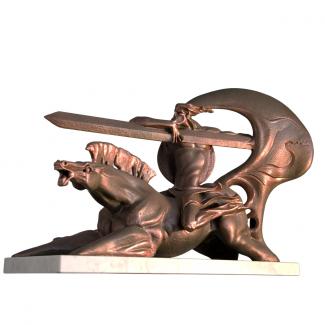 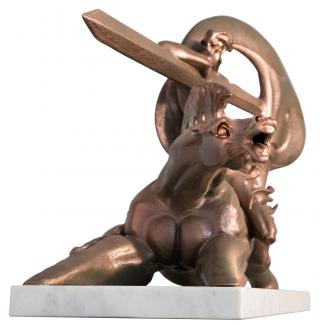 “And when he had opened the second seal,
heard the second beast say,
Come and see. And there went out another horse that was red:
and power was given to him that sat thereon to take peace from the earth,
and that they should kill one another: and there was given unto him a great sword.”

The Revelation of St. John the Divine

In The Revelation of St. John the Divine (Apocalypse) four riders are described. They are granted the right to administer the will of God before the second Advent of Christ. The rider on the white horse with a bow, crowned by an angel, is a “Conqueror”. In the Middle Ages “victorious” was associated with Christ and the church. However, the four riders together are depicted as executors of God’s wrath. The red horse rider with a sword, who has to take peace away from the Earth, is “War”. The black horse rider with a scale is a “Judge” (in some interpretations “Famine”). The pale horse rider is “Death”.

The red horse rider with a sword, who is called “War”, is depicted by the sculptor descending to the Earth in order to deprive it of peace. In his right hand he is holding his terrible weapon and with his left hand he is pushing it forward with great force. The terrified horse is trying to turn aside. The horse and the sword are moving in different directions. The rider’s right leg is tensely stretched out and does not let the horse turn aside, directing it contrary to its will. The energy of the Sender makes him carry the sword to the world.

For Alexander Samvel apocalypse is an inevitable process resulting in the destruction of obsolete forms of life, which precedes a new phase of creation. The process of apocalypse is natural and, if regarded at the cosmic level, unavoidable. Any manifestation of imbalance in nature or the human society leads to cataclysms followed by cleansing and new development.